One Africa Team - "So Much More than a Burial"

The coffin was lowered. The dirt was heaped. Wreaths were placed. But the funeral was so much more than a burial. It was a “witness to a stricken world.”

In Christ, who tasted death for usWe rise above our natural griefAnd witness to a stricken world The strength and splendor of belief. – CW #607

Some say that the best evangelism opportunities in Malawi are funerals.  Why?  Because the masses gather.  Not just the fellow members of the deceased’s home church, but the people of the entire community.   Crowds of people.   And as you can well imagine, a variety of faiths.  In need of a message whether they realize it or not.

What better time to share the gospel of Jesus? That is exactly what Pastor Khwima Msiska did. He preached 2 Timothy 4:6-8.

“…the time has come for my departure.  I have fought the good fight, I have finished the race, I have kept the faith.  Now there is in store for me the crown of righteousness which the Lord, the righteous Judge, will award to me on that day – and not only to me but also to all who have longed for his appearing.”

Pastor Msiska could have highjacked the sermon time and simply highlighted how much Evangelist Mapulanga had accomplished during his personal and ministry years. God had given the Evangelist a total eight decades spanning from 1940 to 2020. There would have been plenty to say.  After all, just in his gospel ministry of serving the Lutheran Church of Central Africa, how many sermons did Evangelist Mapulanga preach?  How many babies and adults did he baptize?   How many member visits had he made?  How many people of the Lutheran church had he comforted, corrected, rebuked, and trained in righteousness? Over decades of service, how many kilometers had he pedaled, and miles had he walked to serve the Lord’s people?

But Pastor Msiska didn’t dwell on those things.  For that matter, neither did the Liturgist Pastor Msowaya nor any other speaker.  The funeral focus was not about the man Mapulanga but about the GOD MAN Jesus Christ.  Both LCCA pastors answered very clearly the questions that are most important:

What had Jesus done for Evangelist Mapulanga?  What had the Promised One accomplished? Why did Christ die on the cross?  What do Jesus’ perfect life and innocent death mean for him – and me – when I die?  Ah, now that’s something to talk about. And sing about. And that is what the Lutheran women and men did.  The preacher and the liturgist were not the only ones witnessing to the stricken world. So were the many people who attended the funeral and are longing for Christ’s coming.

We arrived at the funeral home at 9:00 am.  We departed at 4 pm.  Count them:  Seven hours. And for the better part of seven hours, people were singing.  Why? Because there was something to sing about! The funeral was so much more than a burial. It was a witness to a stricken world that there is hope beyond the grave. There is life after death. There is a crown of righteousness in store.

No wonder the family of God longs for their Brother’s appearing on the last day!  We are not just waiting for Jesus Christ to come again, but desiring it, yearning for it.  Looking forward to it, patiently but anticipatingly.

One day our fight will be over. Our race will be finished. And we will live no longer by faith but by sight. And so with the strength and splendor of belief, the men and women lifted up their voices.  They sang…

The day was one of song.  And the songs were ones of witness.  And the witness was to just One: Jesus Christ.

Until the Lord calls us home as he did Evangelist Mapulanga on 4th December 2020, we will still have graves to dig, funerals to attend and loved ones to bid goodbye. We will mourn.  Hearts will ache. Tears will flow.

But not without hope. We rise above our natural grief. So we will also have sermons to preach and songs to sing and a witness to give.  Because there is a world out there stricken with sin and in need of a Savior. No matter in which country our loved ones die, let the masses and the crowds come to our Christian funerals!

So much more than a burial.

Popular posts from this blog

By Diane Light - December 28, 2020
We have been notified that the MDE Covid Lunch Program we are participating in has been extended beyond December 31st. However, cold lunch milk, extra milks, and snack milks will continue to be charged .40 per milk. One milk is included with the free hot lunch. We will keep you informed of the date this program may end. We are grateful we can continue to offer this blessing to our families! Here is the January Menu
Read more 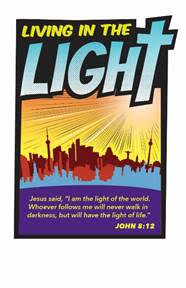 COVID School Year Salem continues to work through the school year with COVID peaking out its head every once in a while. The most recent was a staff member that tested positive who worked closely with students from many grades. The students and staff member were quarantined and due to the MDH guideline change to follow the new CDC quarantine guidelines, many students were able to come back to school quicker than under the previous guidelines. Registration for Preschool Next School Year The time is here already to register your child for preschool. A re-enrollment email will come out the week of January 4th for those currently enrolled. If you are currently enrolled at Salem School or a member at Salem you can register and reserve your spot for the 2021-2022 school year. We will have 3 classes available; 3 year olds, mixed age, and 4 and 5 year olds not yet ready for kindergarten. We reserve the right to place your child in the classroom that best meets your child’s educational
Read more

By Mr. Klatt - December 14, 2020
Hello Salem Family, School Board wanted me to send out an announcement as we  approach Christmas Break. School Board is strongly encouraging families to follow State  Guidelines when it comes to traveling over  Christmas break. We  want everyone to enjoy their breaks, but we also want everyone to  be able to return  safely to school and not have to go to remote  learning immediately after returning due to positive cases  and  exposures. Please do your part by following the guidelines in your  state. If this means quarantining when  you get back, teachers will  be more than happy to work with you on getting assignments and  other homework. God's blessings on your week and have a Merry  Christmas! MN Guidelines- https://www.exploreminnesota.com/info/coronavirus-covid-19-information
Read more